He’s no longer a cop and he just got taken into custody for murder.

Former Minneapolis police officer Derek Chauvin, who was seen on video using his knee to pin down George Floyd, has been charged with third-degree murder and manslaughter. Minnesota Public Safety C…
variety.com

I’m guessing about 40 million people will be outraged that’s it’s 3rd degree murder and manslaughter but I think that’s most likely to stick and likely why prosecutors chose that.

a lot of white people out

Twitter is about to break because people are calling for charges for the other three idiots but I have a feeling those charges will come. Investigations take more than 17 seconds.

roguejuror:
a lot of white people out

White people love them some anarchy. Some white people out there couldn’t care less about a dead black guy. They’re just fully erect even thinking about getting to destroy a police cruiser let alone actually doing it.

I’m sure there are thousands of peaceful protesters out there and I totally respect that. But the bad apples need to calm the fuck down and let due process happen.

if one gets 3rd degree murder then the others will get something, right? 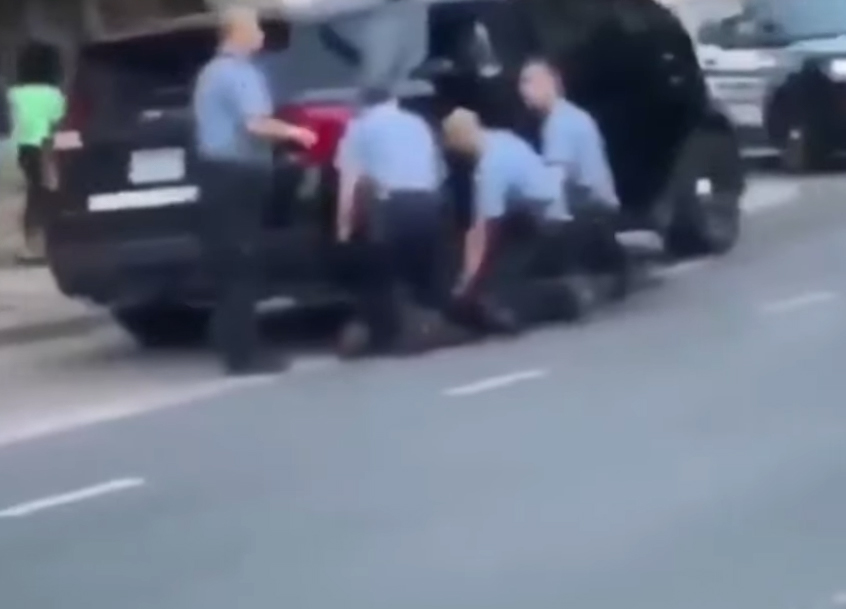 I can't imagine being this guy's colleague and not forcing him to get up at some point.

I realize that cops see a lot of human misery and it must be easy to paint everyone with the same brush. But to do that to a guy who's already handcuffed, all over an alleged counterfeit 20 dollar bill, Jesus fuck.

Looks like he'll have to face an actual lynch mob if he ends up getting away with it.

roguejuror:
if one gets 3rd degree murder then the others will get something, right?

Yes I would think charges on the other former cops will be coming within the next 72 hours but the question is what charges will the prosecutors go with.

That city REALLY misses hockey and their Minnesota Wild.

Can't wait to see the new jerseys after this!

It's ridiculous. It's not a reason to burn shit down either, because you're just creating more chaos for people that didn't have anything to do with this (like Ferguson and others before it) but watch this video:

Would it be the 1st time a cop was convicted of one of these things and given time? As far as I know, it hasn't happened in the other famous cases.
They say the guy had 18 prior complaints. I mean it's understandable at some point there would be random riots. There's seemingly not much other recourse.
And yeah I'm sure there are many contributing factors, such as the stupid lockdowns, poverty, injustice, distrust in institutions. Issues are far beyond this one man or incident. Mainly, the cops look like a closely nit group of arrogant criminals, protecting each other, as they reek havoc on weak and powerless, impoverished denizens, who they have no respect for.

Seriously though, what did Chauvin think he was doing? When the guy went quiet and limp under his weight, what did he think the outcome was going to be?

Doesn't a light go on in your brain, telling you your career and life are suddenly in jeopardy?

Matty:
Seriously though, what did Chauvin think he was doing? When the guy went quiet and limp under his weight, what did he think the outcome was going to be?

Doesn't a light go on in your brain, telling you your career and life are suddenly in jeopardy?

Pryzbylewski had no murderous intent though, he was just a nervous space cadet.

This guy put his weight on a neck for 8 fokkin' minutes.

He's obviously someone who watches UFC so I know he knows how chokes work.


Liberals: You don’t have the right to open your business or go to work, it’s “safer at home.”

Also Liberals: The protestors (rioters) have the RIGHT to burn down or loot other people’s businesses for justice
You must log in or register to reply here.
Share:
WhatsApp Email Link