I heard that was MrX

The possibility of strangling a mountain lion to death is the only thing that could possibly make jogging sound interesting, I will say that.

I knew that lion and he was pretty cool.

The Laysan albatross supermom is at least 68 years old, according to U.S. Fish and Wildlife Service officials, and has given birth to and raised at least 31 chicks in her lifetime.

Wildlife officials spotted Wisdom at her nest site at Midway on Nov. 29, where she soon laid an egg. The chick hatched at the beginning of the month, according to the Fish and Wildlife Service.
Click to expand...

Laysan albatrosses mate for life and lay only one egg per year. Since 2006, Wisdom and her mate, Akeakamai, have returned to Midway Atoll at Papahanaumokuakea Marine National Monument to lay and hatch an egg.

After the egg is laid, the albatross parents spend about seven months incubating it. They take turns, with one incubating the egg while the other forages for food. After another five to six months, the chicks fledge, or fly out to sea, where they spend most of their lives soaring over the ocean and feeding on squid and fish eggs.
Click to expand...

About 3 million seabirds nest at Midway Atoll, including about a million albatrosses, which return to where they were born each year to nest and raise their young, a behavior known as “nest-site fidelity,” according to the Fish and Wildlife Service. In 2017 one of the chicks that Wisdom gave birth to was observed just a few feet away, marking the first time a returning chick of hers had been documented.

“Midway Atoll’s habitat doesn’t just contain millions of birds, it contains countless generations and families of albatrosses,” said Kelly Goodale, Fish and Wildlife Service Refuge biologist, in an email. “If you can imagine when Wisdom returns home she is likely surrounded by what were once her chicks and potentially their chicks.”

Wisdom was first banded as an adult in 1956 by biologist Chandler Robbins, who was studying the colony at Midway.
Click to expand... 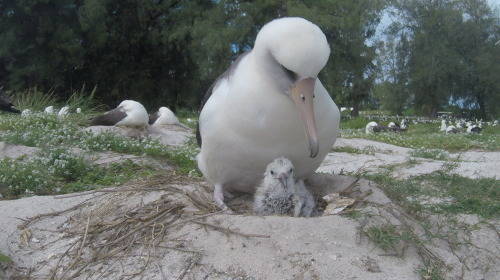 It's a damn coyote in a damn tree eating damn apples.

Wow, that made me wet as fuck. 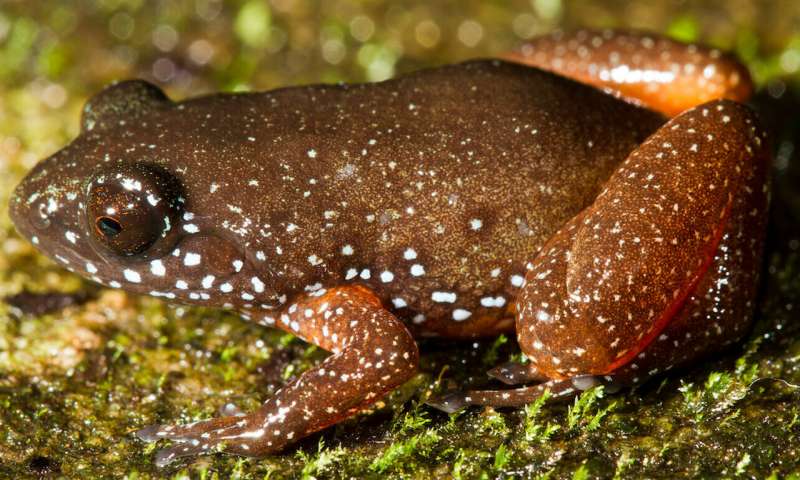 Astrobatrachus kurichiyana, also known as the starry dwarf frog, has only been found on a single hill range in India's Western Ghats. It is the sole species in a new subfamily, Astrobatrachinae, with no close relatives for tens of millions of years. 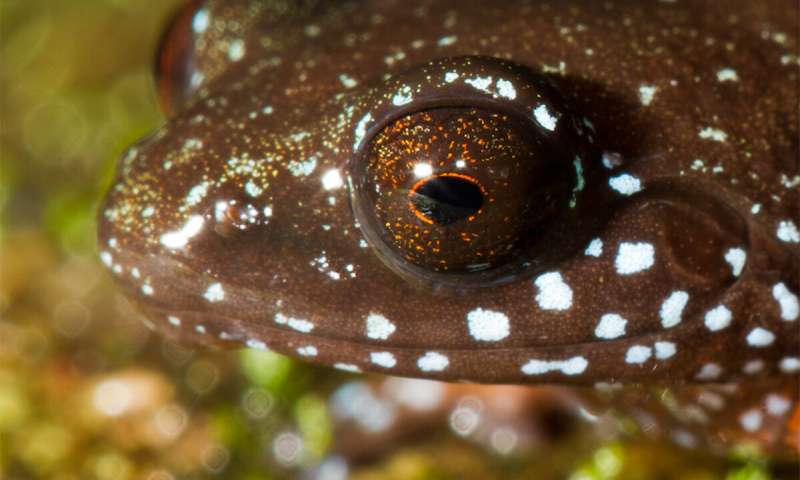 He looks good and he knows it.

A handful of 28,0000-year-old woolly mammoth cell parts were recently "woken up" for a short time in a new experiment, but cloning the ice age beasts is still a long way off.

In the experiment, the researchers extracted cells from Yuka, a woolly mammoth mummy (Mammuthus primigenius) whose remains were discovered in the Siberian permafrost in 2011. Then, the scientists recovered the least-damaged nuclei (structures that contain genetic material) from each cell and popped the nuclei into mouse eggs.

At first, this maneuver "activated" the mammoth chromosomes, as several biological reactions that occur before cell division actually happened within the mouse cell. But these reactions soon came to a crashing halt, probably, in part, because the mammoth DNA was severely damaged after spending 28,000 years buried in permafrost, the researchers said.
Click to expand...

a photo of Yuka 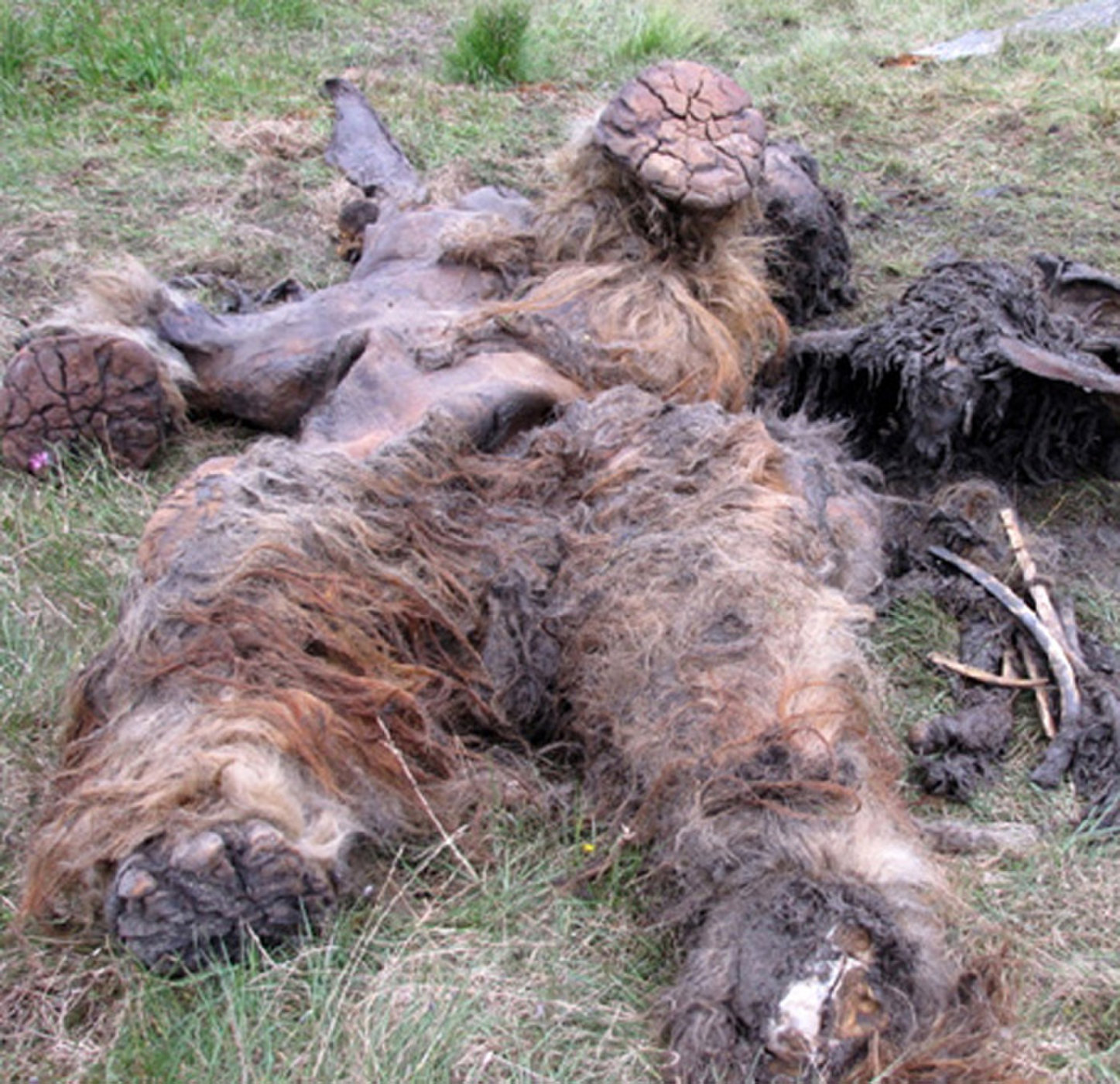 I find it easier to believe that unicorns are real than giraffes.

Lookit this thing. No way is there any such thing. Beaten but not broken

Beaten but not broken

In my front yard nonetheless. He is as long as the back of my wife's car. 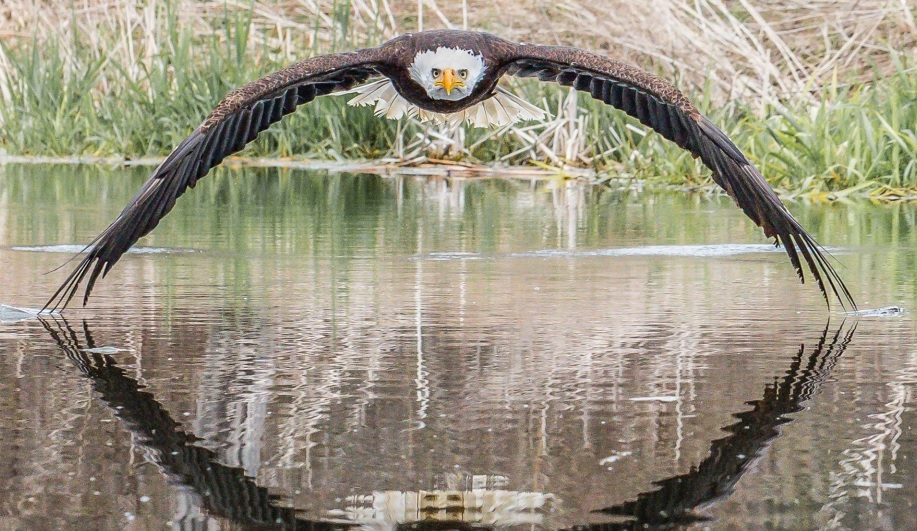