Well, duh. It's literally the one thing everyone knows about roosters.

So people named their daughters Khaleesi or Daenerys, based off of seeing a strong confident woman on a television show where anyone with a clue could foreshadow her potential insanity.

No but seriously......wiping your ass with a broken rib and clavicle: talk about a mix of major awkwardness and pain.

good news is I’ve only had to do this once cause the meds are making me constipated.

Shipping containers are so multidimensional.

When the agents at the airport who scan your baggage are more concerned with whatsapp responses on their phone than actually digitally inspecting what's inside people's luggage...

Tron said:
No but seriously......wiping your ass with a broken rib and clavicle: talk about a mix of major awkwardness and pain.

good news is I’ve only had to do this once cause the meds are making me constipated.
Click to expand...

Tron you fucking showoff, why wouldn't you just wipe your ass with toilet paper like everyone else?

Look at me, I'm Tron, I'm gonna wipe my ass with a broken rib!

J/K of course, hope you get well soon pal.

Personally I'd wipe my ass with my broken rib.

I just walked past a guy on the phone who said he "didn't want to be fucken with that Reiki shit". Me neither man.

Boner_18 said:
I just walked past a guy on the phone who said he "didn't want to be fucken with that Reiki shit". Me neither man.
Click to expand...

I've become semi-obsessed with the New York Times crossword puzzle. It's not a particularly good thing.

I mean, it's good to keep the brain active and all that - but feeling compelled to go into the archives for Sunday puzzles that take the better part of an hour to do - while also trying to write a novel.

There is a conflict there.

Are you on vacation Muddy?

Yeah I have the week off.

I had the strangest dream.

I had been sentenced to die. That was done and accepted and it was about to happen.

My mother was to carry out the execution. It was to be done by sticking a hose to my belly. It was a gray hose about the size of a garden hose and she was going to touch the end to the outside of my belly - and that would kill me.

It's a dream. Doesn't have to make total sense.

So the interesting part was the psychological element. I knew I was about to die and that was a bit freaky but I was fairly calm. I was thinking about the inevitability of death - so might as well just accept it. Soon I would be in complete oblivion. That's not something to particularly fear - just nothingness. Might as well get on with it.

Now my mother was not in any way happy to be killing me but in this dreamscape that was her role and she accepted it. So she put the end of the hose on my belly.

I immediately started to feel very different. That was weird. I physically felt different in the dream.

But okay I figured that's how it feels to be on the way to death. I expected it to be fast but it was taking a while. After, say, 10 seconds I leaned sideways against my mum. She said, "I love you," and I said, "I love you too - I've been so lucky to have you."

Maybe suspicious isn't the right word, but it feels like the wrong order of things, and way too much seems to have happened in what must have been almost no time.

Brains. What's going on in there, exactly?

Yeah I know what you're saying about dreams shaping themselves to fit the awake world, but I have no explanation for the change in physical feeling in this case.

There are certainly obvious connections to real life. My mother now lives in a care facility - where I visit her regularly. That can't help but lead to some ongoing thinking about family and death.

And I do love my mother and I have been very lucky to have her. I remind myself of that all the time because unfortunately, I don't enjoy going there much. It's more of a chore than a pleasure.

Some elements of the dream probably came from John Oliver a couple weeks ago where he was looking at the death penalty and specifically, the process of lethal injection.

That led to some dark thoughts.


My brain was probably taking all that and making a tossed salad. 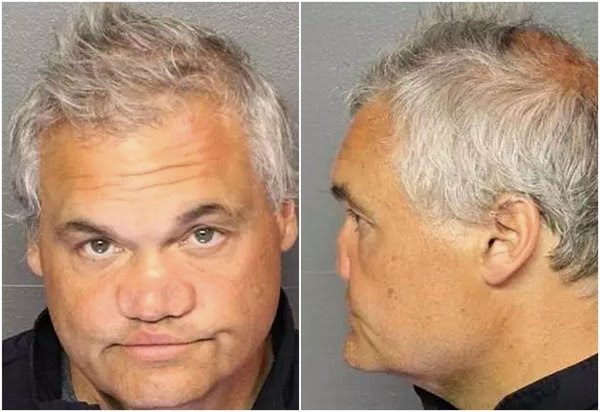