I frequently see woodpeckers out my window and I don't know what to think of them. Are they very cool or are they idiots?

They bash their heads against the tree which is kind of a bad-ass, fuck-the-world attitude.

But it's also a bit idiotic.

The woodpeckers here have taken to "drumming" on the metal gutters outside my bedroom window at 6:00 am. It's unbelievably loud.

I suspect that this makes them cooler in Mudcat's book.
Last edited: Mar 29, 2010

I would put the woodpecker's chosen (whether by them or for them is a larger topic) lifestyle down as a "get 'er done" necessity.

Like once you have picked out tree bugs as your favorite food source, what else to do but a bit of head banging?

People are much more curious. Great Start to Douglas Adams' Resturant Trilogy, where he muses on our perchant for spending almost all our time trying to capture lots of little green pieces of paper. Makes the woodpeckers look like fucking geniuses.......

On the Life series last night, they showcased some weird tree-dwelling mammal....ugly critter like Jabba the Hutt's little pet...but he was a descendent of the woodpecker they said. He would tap with an unusually large finger he had evolved, to listen to where the grubs were. Then he would gnaw away the wood and presto! Dinner time!

Didn't look much like a bird to me though.

In Trans I Gent

They are amazing animals.
The forces applied to their heads/brains when pecking would kill just about every other animal but theirs are adapted to cope with it.

As such, you could argue that woodpeckers were idiotic before this protection evolved but not now.

It would be like if I saw someone riding a motorcycle without a helmet. I would be like, Okay I guess it's no skin off my nutsack if you want to do that, but is it something I admire? No.

Woodpeckers set a bad example for my kids.

And what's the deal with left-handed people? Don't you find the whole left-handed thing to be a bit much? Like, just cool it with that stuff.

Just a bit much.

YOU cool it Muddy. Lots of great people were born with their wiring set up backwards. Hell, Obama himself is left-handed, and he's more of an earthbound God than the Pope. 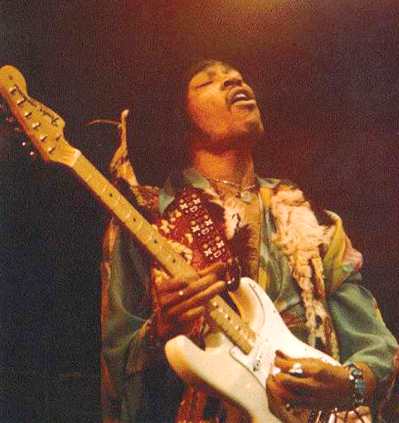 both my sons are left handed,
whats the odds on that?

In Trans I Gent

I am strange in that respect. I write with my left hand but (for example) play tennis with my right.

The only animal I ever killed was a woodpecker. I still feel bad to this day when I hear or read the word, and it happens quite often - doesn't help that a local cult band wrote a song about le pic-bois.

Twin brother, a buddy and I were playing around with an assortment of BB guns at my Mom's shack in the woods. A woodpecker had been hammering away for a couple hours and we were trying to locate him. After a while, my brother points towards a telephone pole - it was far, at least 200 yards away, and we could only make out the bird's dark silhouette from there. We started shooting with no hope or intention to hit the bird... we all knew it was a one-in-a-million shot from that distance, and we were only looking for an excuse, any excuse to shoot at something. The three of us shot maybe 20 pellets at the bird before we gave up. We started walking back towards the shack when my brother took another shot with his .357 Magnum replica, which was by far the least accurate of the guns we had. About 2 seconds after the shot, we see the bird fall off the pole, drawing big loops in the air with its wings fully extended. Oh no. We ran towards the telephone pole to check on the bird and we found it breathing hard, its wings still extended, a small pool of blood near its belly. We were mortified - not only did we not intend to kill it, but it also happened to be the most beautiful bird we'd ever seen.

I finished off the bird with the .357 that my brother didn't wanna hold on to anymore and we all walked back to the shack feeling nauseous.

That's the day I found out I was gay.

mmike032:
both my sons are left handed,
whats the odds on that?
Click to expand...


It's a lot more common these days. Schoolteachers used to force natural lefties to write with their right hand, which basically turned them into right-handers.

Handedness is a fucked-up thing. Most people use a weird mix of left-handed and right-handed habits. My twin brother (righty) and I (lefty) can share golf clubs (both R) but not hockey sticks (him L, me R).

Maybe what bothers me so much is the way that all left-handed people worship the devil.

I find it irksome.

You canucks are way too sensitive. When my buddys and I were kids, we were killing everything. Shooting with pellet/paintball guns at birds, rabbits, squirrels; putting lizards in the microwave: batting frogs, etc. Best to satisfy your innate, primitive, savage impulses while you are young, and with animals.

Or else you will become a serial killer like Betplom.

Matt Rain:
It's a lot more common these days. Schoolteachers used to force natural lefties to write with their right hand, which basically turned them into right-handers.

Handedness is a fucked-up thing. Most people use a weird mix of left-handed and right-handed habits. My twin brother (righty) and I (lefty) can share golf clubs (both R) but not hockey sticks (him L, me R).
Click to expand...

I play hockey Left, yet I bat and golf Right.

We did blow up dozens of worms and small frogs with those small firecrackers that firecracker dealers in grade school were selling a buck for a pack of 16. Good times.

Blitty:
I play hockey Left, yet I bat and golf Right.
Click to expand...


Yeah, that seems to be the most common combination. I can't get anyone to explain how it makes sense to play hockey one way and golf the other, but I guess they're different enough postures to warrant a different stance. I dunno, totally makes sense for me to do both right-handed.

Mudcat:
Maybe what bothers me so much is the way that all left-handed people worship the devil.


I'd rather worship the devil than tacky Jesus and God. Satan knows all the cool Maiden tunes on guitar.