plommer:
but it IS breaking pal, hence the thread title.
Click to expand...

i did not notice

i hope im not getting dementia

plommer:
i did not notice

i hope im not getting dementia
Click to expand...

you may be on to something here pal.

i may just completely forget I'm going to die.

Myself and my neighbor take care of a feral female cat that has survived the last few years while all her bros and sisters died.
She is fed and outdoor shelter provided by us.

We named her Lucy.

The result of her shedding is known as Lucy fur.

Hermit crabs are sexually attracted to plastic pollution in the ocean​ 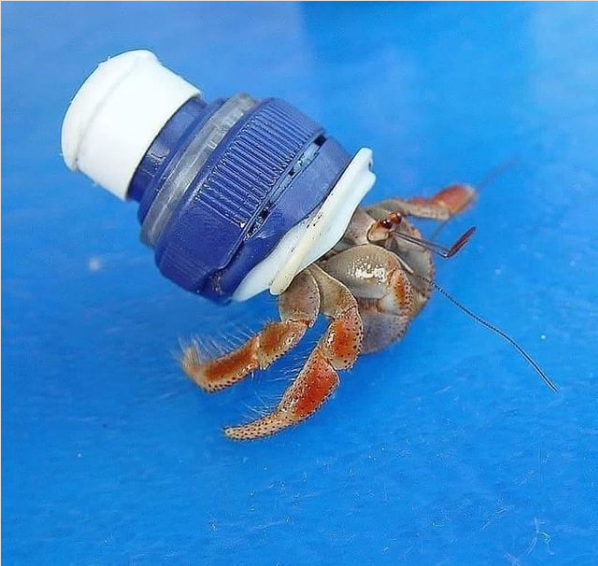 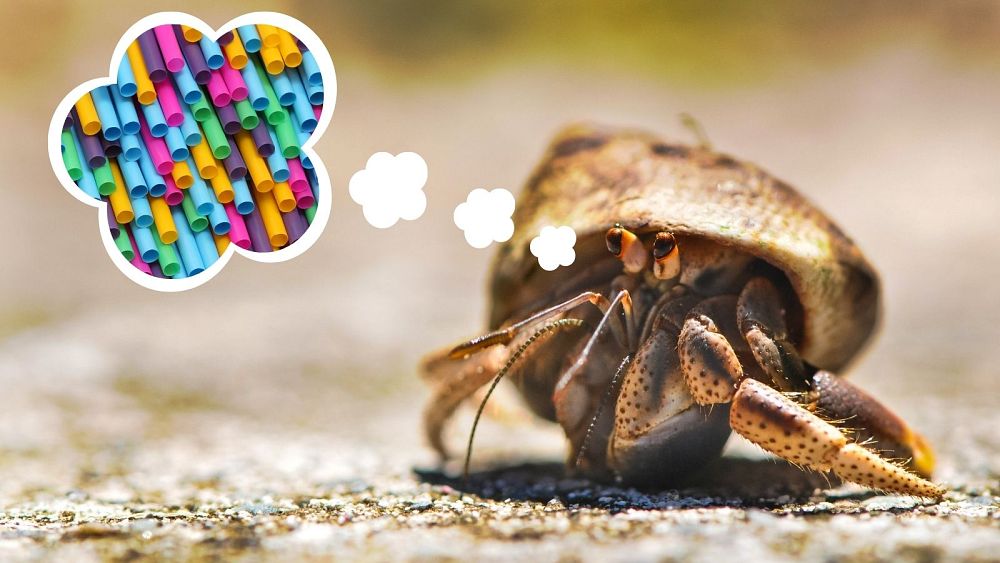 Hermit crabs are sexually attracted to plastic pollution in the ocean

Climate change and mounting plastic particles in the sea are confusing marine life.

One of the last things I discussed with my grandma (born in 1925) was whether she remembers there being more horses than cars when she was a kid. She shrugged and said "of course". It still blows my mind.

Our grandchildren won't believe that we grew up before the Internet.
Last edited: Aug 24, 2021


Matty:
One of the last things I discussed with my grandma (born in 1925) was whether she remembers there being more horses than cars when she was a kid. She shrugged and said "of course". It still blows my mind.

Our grandchildren won't believe that we grew up before the Internet.
Click to expand...

And science willing you could live to 100 and see Mars colonization having lived through the entire evolution of technology. From kicking tvs for a better reception to visiting @ButtholeSurfer over the pond in a quiet 2 hours supersonic trip.

Two of my mother's siblings emigrated to Costa Rica in the 1960s and 70s and they complete lost contact with the family. A simple thing like phone communication was not available to them and they literally got lost in the world. It was until 2007 that my mother had the financial and technological ability to track them down and reunite with them.

It annoys me when they are interviewing pro golfers before or after a round and the golfer refers to the ball as a “golf ball”.

Ok so my combo (in lieu of that btc hold being cleared up) for gambling is Pokerstarspa and Paypal. Ok so both parties are super fucking awesome which I am deeply thankful for.

BUT there's this scumbag scam artist company that goes buy TRG*PRV to make it short. Somehow they figured out a way to rip me off $19.99 at a time on Paypal. So, if I want to flip my money from stars to Paypal to pay for shit that's fine, but if I forget to flip ALL OF IT back those fuckers collect from me.

I gotta represent these crazy fucks.

Speaking of which, here's what happens today.

Ok it started the other night. I was playing music, drinking beer on my porch. This big black guy on a bicycle says hey man, I've had a long day, can I get a beer? I say to him I can tell you real and strong as fuck (thinking he could be my backup around here if anyone has a problem), so here you go. He thanks me and rides off.

Ok so today I'm drinking beer, learning my new laptop, etc. on the porch. He comes back and says yo man you remember me? You gave me a beer the other night. I say yeah, what's up man, what you need.

He's like listen, I've been down and out recently and I need a few bucks for a taco.

He's like I need a few dollars to grab a taco. I say I don't give out money to people.

Some more babble then I basically say hey man you're up a beer. Just leave me alone.

I grab my laptop and tablet, run in and slam the door.

I come back and basically shout I just grabber my knife and mace and I'll be looking for you motherfucker.

I yell some more.

This beautiful, stunning woman with a baby walking by gives me a little wtf eye roll.

I'm like listen I'm sorry if I upset your child, some guy stalking me to my home looking for money, and told her the entire story. She listened, and smiled.

And I'm like I'm headed back into real estate in about a week but lately I've been to cover the Kings of Leon and U2 so when I get piped up, I get piped up. She softly smiled more, and walked away.

So the moral of this story is trust no one who doesn't have money. That guy decided I was his "mark" for life. I know how that goes for those people. You start small, but you keep taking more and more because he decided I'm his sucker for life, all because I gave him one beer, believing his stupid story and looking for strong friend for someone else who fucked with me when I was playing harmonica next to a dumpster the other night.

Because of that piece of shit that made me just about shit my pants, I ran up to the bathroom and dropped my main laptop on top of the toilet so as not to actually shit my pants.

Now That laptop won't except what I know is my password, so I have to completely wipe it out while praying it again comes back. I also have to install a security camera, and I also have to have my knife and mace on me at all times for him. HE comes at me again, loses an eye or two after trying to swig first. Then he also goes to jail.

But beautiful? Thank you so much for listening to me and at least for a bit feeling ok about what happened. I hope to see you again. So beautiful. Thank you SO much.

Ok, so another absolutely spineless and disgusting one.

So at might last Airbnb right, the fucking code to get in my room took anywhere from 4 to 15 times to work every time. 3rd floor, in this heat. Total nightmare. TOTAL nightmare.

So, I spoke to a few people there, you know - trying to make friends and feel alright and actually that couple I played harmonica for (and they loved it) and smoked pot with are so much better thank alright.

So ok the code shit was so brutal in that heat that I decided ah since that couple is all good they'll but the word out that I'm cool, so I can avoid that code shit by just leaving the door open. I've been paranoid, etc. - it's all good.

Well one day this tough but very cool looking black couple are in the kitchen when I am. They throw every distraction in the fucking world at me. some taco bell in fucking paper in the microwave. Throw a bunch of food on the table. Make out a little. Take a selfie of themselves making out. I'm like these two are too funny, I love them. It's all good.

Nope. I come back to my room come to find that they stole Freedom Mortgage's fucking computer (with DEEP security encryption stuff on it so good luck with that), and over one hundred dollars in vapes.

Fucking deeply, very thought out, premeditated TOTAL pieces of shit. But yeah I know it's my bad for leaving the door open and no security camera so nothing I can do.

I seriously hope someone slowly, SO slowly burns every part of their bodies asap, so as to make the world a better place.

I thank The Holy Lord for Freedom Mortgage never asking about that computer or that monitors, because that would be a security violation, which would NOT be good.
You must log in or register to reply here.
Share:
Email Share Link