This is how you sound. 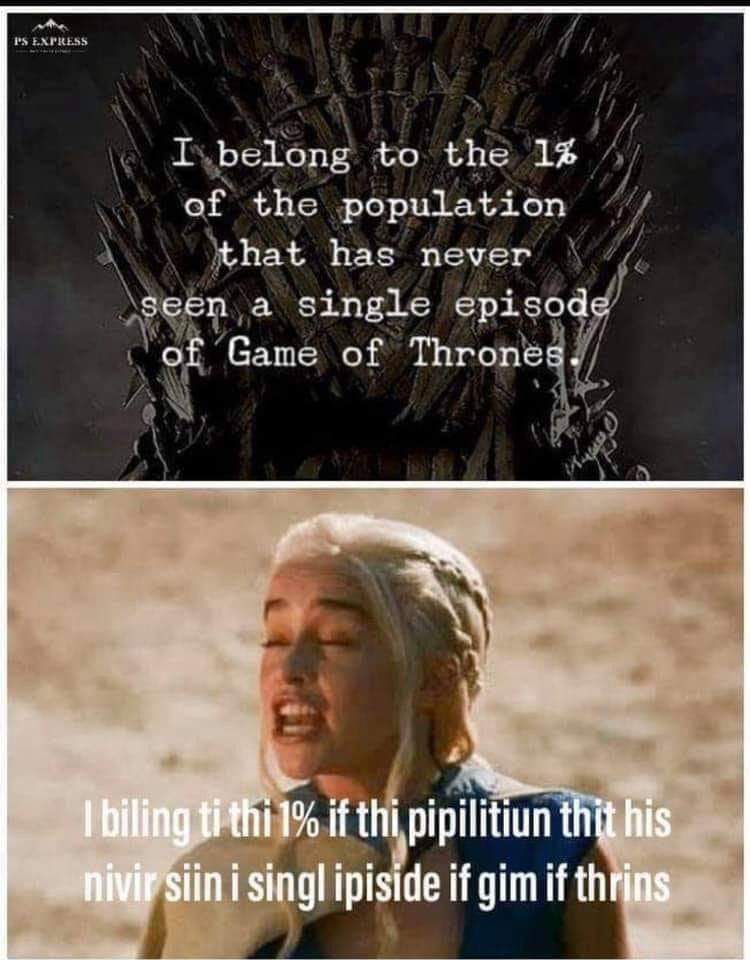 Gotta say, I didn't love the episode. For one thing, I found it all very dark and murky, and I couldn't tell what was going on half the time.

But then the actual content was kinda weak, I thought. Now I'm never entirely sure how much is flawed writing and how much is me not being enough of a nerd to know every little prior detail. Maybe there really was a point to some stuff that seemed pointless/senseless. But some stuff in that episode just didn't work for me.

And I felt they were a bit gutless in terms of killing people off. Coulda/shoulda gone with some bigger names IMO. This is supposed to be Game of Thrones.

I hope that's not it for the Night King. I mean in terms of explaining him. i.e. - what was up with that guy? Why did he want what he wanted? Like is that it?

Anyway, good for Arya being all clutch I guess.

I really am going for an explanation of the Night King. I feel like there's more to the story that's missing.

Last nights episode was the best episode of any TV show of all time. Not even close. It was in all facets perfect.

Ser Jorah's and Theon's deaths got me right in the feels.

I think The Night King is gone for good. Bran's been manipulating the past so that events would lead to Arya stabbing him, and that's that. Gotta get the blonde bitch now.

Matty said:
Ser Jorah's and Theon's deaths got me right in the feels.

I think The Night King is gone for good. Bran's been manipulating the past so that events would lead to Arya stabbing him, and that's that. Gotta get the blonde bitch now.
Click to expand... 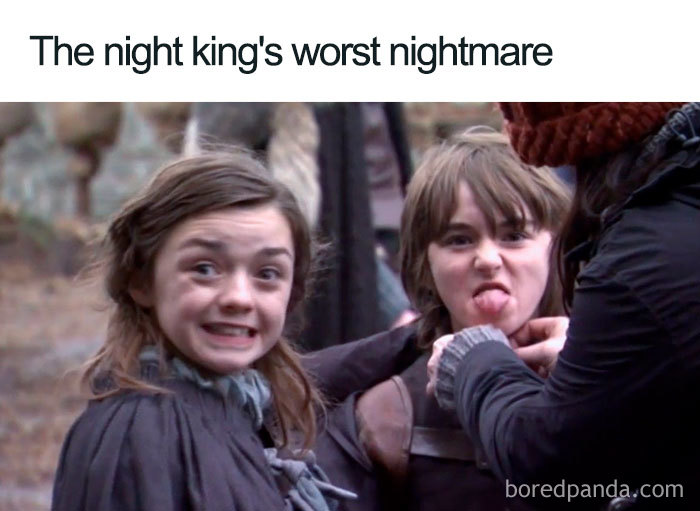 Just a restate a prediction I made several seasons ago but I still stand by: at some point, probably the last episode, we will see dragon eggs.

Finally got around to watching.

In parts exciting but also in parts dragged on too much for my liking. Watching the same thing over and over kinda wears on you after a while.

Preferred battle of the bastards and avengers infinity war...

Having said that, bring on the next episode already damnit...

The GoT word of the day is Pyrrhic.

It was a victory but was it a Pyrrhic victory?


Looks like it on the surface but since GoT is a written thing and not something that is actually happening, prolly not.

I'm about to start the movie The Madman and the Professor which co-stars Mel Gibson and Sean Penn.

Gotta say, I have no guess who will be which. Couple of prime madman candidates right there.

So this is a movie scheduled for release in September 2020. I didn't know it was in the works so good.

The Many Saints of Newark, it's called. It's set in the late 60's. And it has a bunch of known actors - Vera Farmiga, Ray Liotta, Jon Bernthal, Corey Stoll, Billy Magnussen - so I guess it's the real deal.

My only comment at this point is I have seen Michael Gandolfini act. He had a little arc in season 2 of The Deuce.

His acting was not good. I was mentally comparing him to Robert Iler (AJ from The Sopranos) before I even realized it James Gandolfini's son.

Being comparable to Robert Iler - that's not good if you're looking to carry a movie.

But hey, maybe he can pick up his game. He looks the part anyway.

Kinda weird though. I don't know how to feel.

I watched this movie Fighting With My Family - which stars Queen Cercei as the matriarch of a low-rent pro rasslin' family in the sticks of England - and in that family is Paige who goes on to the WWE.

(There actually is a Paige and it is totally based on a true story. I did not realize that until the end.)


Okay. So what do I do with this? Like in the biopic Ali, he really does train and beat Liston and Frazier and George Foreman. There is something to be super-impressed about there. Same with the biopic Race. Jesse Owens really does out-perform the fuck out of everyone and win those gold medals. Lou Gehrig really hit those home runs and Ben Hogan really won those majors.

Paige's dream came true and that's always nice but all she did was follow a script that some writer's wrote.

Like I guess she proved herself really good at whatever you have to be to have the script written that way - so well done as far as that.

But I don't know how to feel.

The real Paige bears a striking resemblance to Michael Jackson. 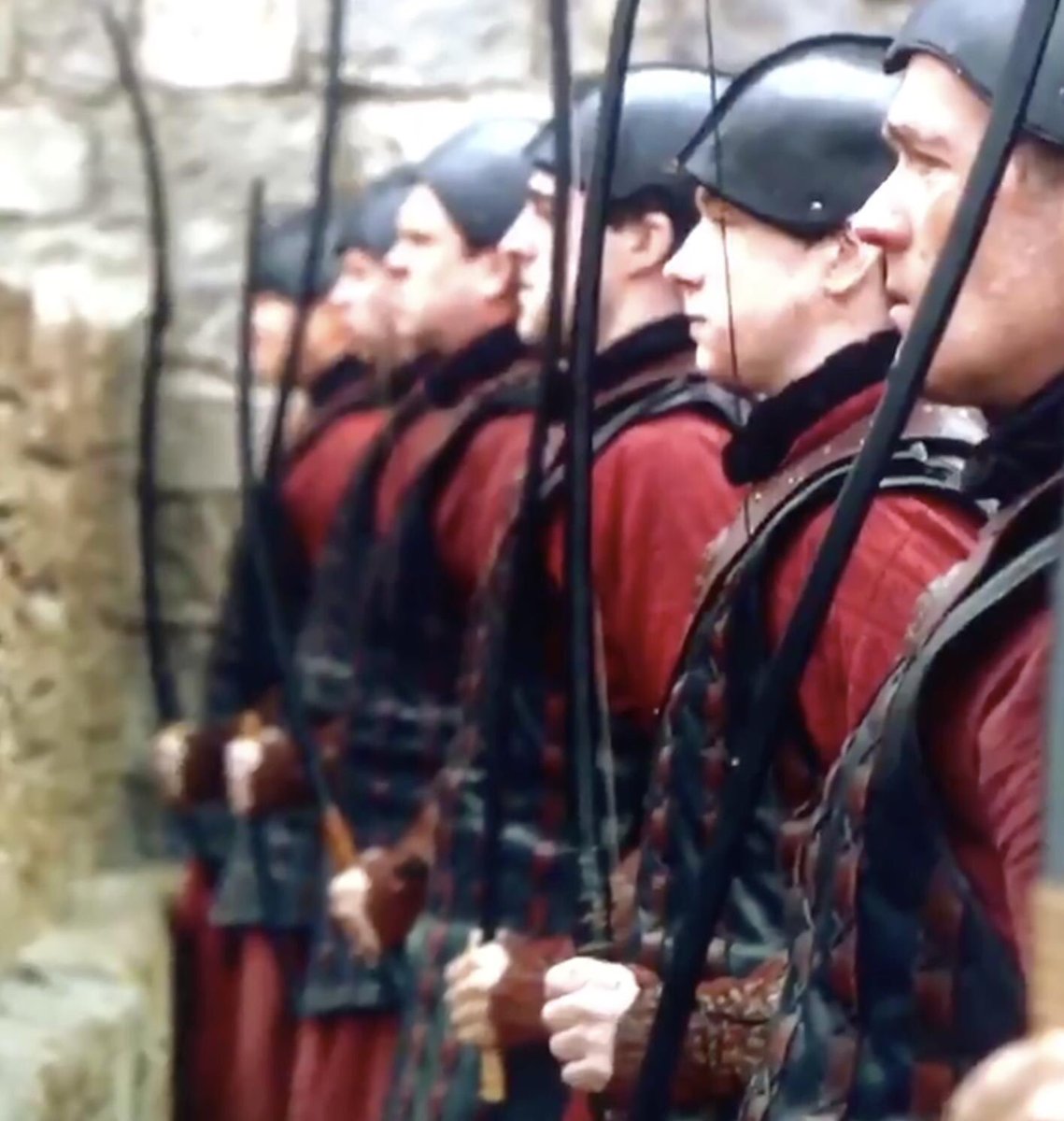 These fucking writers turned GoT into a Mission Impossible movie. So much crappy dialogue too. Ugh.
You must log in or register to reply here.
Share:
WhatsApp Email Link