1) $150 payable at any time before or immediately after the contest is over. ( anyone that has stiffed me in the past is ineligible )

4) 5dimes lines from the regular (non-reduced or 5c overnight) lines. Can play any line from this menu (moneyline, runline, total, alt-rl's, alt-totals, team-totals, first-fives). It is impossible to verify the alt lines so please be accurate/honest and use the exact line at the time of your post.

Let me know what else is needed or needs to be changed.

Not an authority on hipsters

You can verify the alt lines at OddsPortal

Ah well that is good info. I was just going to say that rito must have a lot more faith in human nature than me to suggest rules based solely on the word "please."

I am tentatively in. I do have some trust issues so we'll see how it develops. But prolly.

I guess I prefer 1 unit bets but it's not a deal-breaker for me.

Mudcat:
Ah well that is good info. I was just going to say that rito must have a lot more faith in human nature than me to suggest rules based solely on the word "please."

I am tentatively in. I do have some trust issues so we'll see how it develops. But prolly.
Click to expand...

I was gonna add that I can verify all the regular rl's, ml's, and totals (and first five). From there I can make a pretty reasonable guess on whether any alt line that sounds fishy is off or not. If anything we can default to the pinny line where i have all of the lines including alternates archived, but I know most wont be able to log into pinny from usa to even check the lines so using them doesn't seem right.

Mudcat:
Ah well that is good info. I was just going to say that rito must have a lot more faith in human nature than me to suggest rules based solely on the word "please."

I am tentatively in. I do have some trust issues so we'll see how it develops. But prolly.
Click to expand...

We could make a deadline to pay or whatever, it doesn't matter to me, I was just trying to follow the rules set out in the other thread. I would ask someone that isn't well known around here to pay upfront if they want to pay.

Great job rito. I will send money this week. I should be a good fade for a while, losing my shirt already going on spring stats,power rankings, research, steam, etc.

Things I see so far

Darvish is a bad ass. What a night, a shame he missed out on the perfect game but the main thing that stood out to me is what a display tonight stat wise and watching him pitch, these guys barely got the bat to many of to his pitches. Stats/Sabermetrics guys are going to have field day with him this year I imagine. Incredible display tonight.

Really bad night watching Dickey and Arencibia. A knuckler in a dome needs a catcher that can handle these pitches. Toronto hitting tonight. Bleagh. Toronto was the biggest disappointment to a teams opening day and another tough game with Jimenez on the mound later tonight. One great thing is I love the Rogers center and I loved seeing more scenes from Renaissance hotel in that park. What an incredible way to see a game. I still have big hopes for this team in this weakened division but this team needs Dickey and that starting rotation to dominate.

Oakland miserable and measurable on offense so far. Moneyball????

The no maximum rule can lead to some dopey stuff in the wrong hands with guys making desperate attempts to catch up by making every play.

Not that it would ever work - but I have seen dopiness.

All the more reason to allow it then imo.

We should be able to find out alot more during his next scheduled start, he is at least scheduled to start against the Angels and Hamilton and Pujols ( he is coming of a 111 pitch count and he was looking at his hand when he came off) I was impressed with Darvishs numbers after the all star break year and he had a great spring, always interesting to see how these guys do coming off a great outing like this. At least it wasnt a Jim Joyce type situation to break up the perfect game.

Enjoyed watching this fella Ryu for the Dodgers, looks like he is weighing in around David Wells territory. We need some asian beer girls at the parks like they have at the japanese baseball stadiums and some korean food trucks and some good sushi around these stadiums.

Ted: Japan? What's she doing in Japan?
Pat Healy: Well, you've heard of mail-order brides? Well, they go that way too.
Ted: What, are they desperate? She's a whale!
Pat Healy: You can't forget, it's a sumo culture, Ted. They pay by the pound over there. Sorta like, um, tuna. 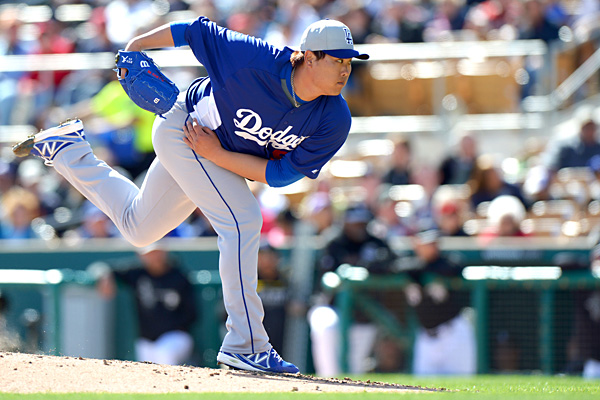 rito:
All the more reason to allow it then imo.
Click to expand...

I'm good with the rules.

I like the rules too. Looking forward to see your plays and make some money from the top MLB cappers of the Western Hemisphere.

I am taking that to mean Saulty is in!

I like all of the rules too but would prefer to have the option to go 2 units on some plays.

Mudcat:
I am taking that to mean Saulty is in!

I am in if I can post soccer plays instead of MLB. 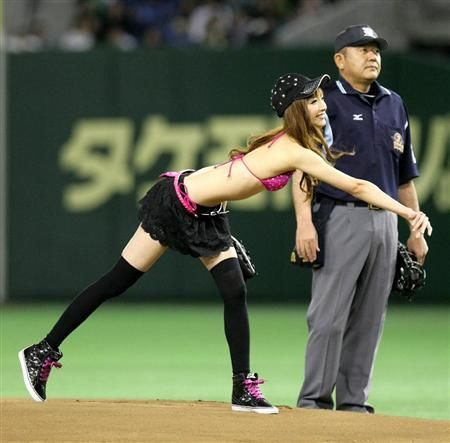