I like being the only person in an establishment that’s not looking at their phone. It’s a little bit of a thrill!

it's more than that

Notes and Other Stuff Transmitted by Relays

Imagine something like the backend of a twitter server that relays messages, except it works by nodes setup by anyone similar to bitcoin nodes, and like bitcoins not controlled by any one entity, that's the "by Relays" part

So these servers relay messages, in this current phase of the project it's simply social media posts, text images etc,. To access these posts clients have to be build, a client could be in the form of a website or a smartphone app or desktop app, like https://iris.to is a very basic web client for example, later on phone apps could be more elaborate like the Twitter app or Facebook app with additional features build on top of Nostr, that's the "Notes Transmitted" part

In the future more stuff will be able to be relayed by these servers, one such feature in alpha stage right now is a hook to the The Lightning Network, that's a fork of the original Bitcoin to send and receive bitcoins in an almost instantaneous way and very cheaply, it works as easy and fast as pressing a Like button on a post, further hooks can be developed to other crypto coins in the future, that's the "and Other Stuff" part

So a mature Nostr could look something like a Twitter accesable through multiple clients, but decentralize from control from any one corporation and uncensorable, that is able to send crypto coins as easy as Paypal, without Paypal or any merchant processor being able to deplatform you. All easily manage by the user with a private-public encryption key pair system.

Like you posted the "secret" part is that all these could be run anonymously like Eddy Snow is running it behind the Tor Network. This is why Nostr is exciting to us encryption nerds.

Snow's impression of Lightning on Nostr: 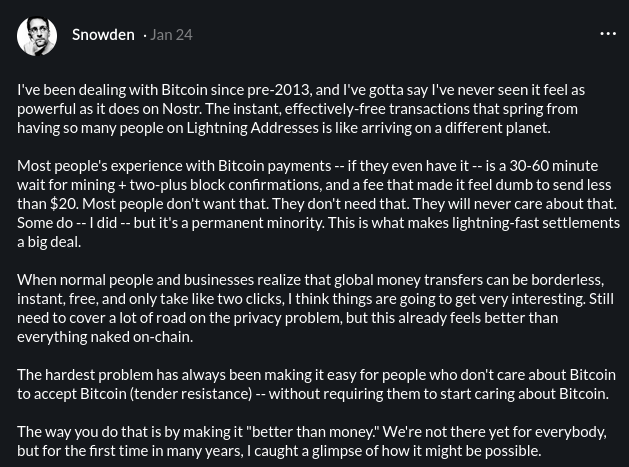 There's only a couple of thousand users on the Nostr network right now, many Nostriches yet to be born 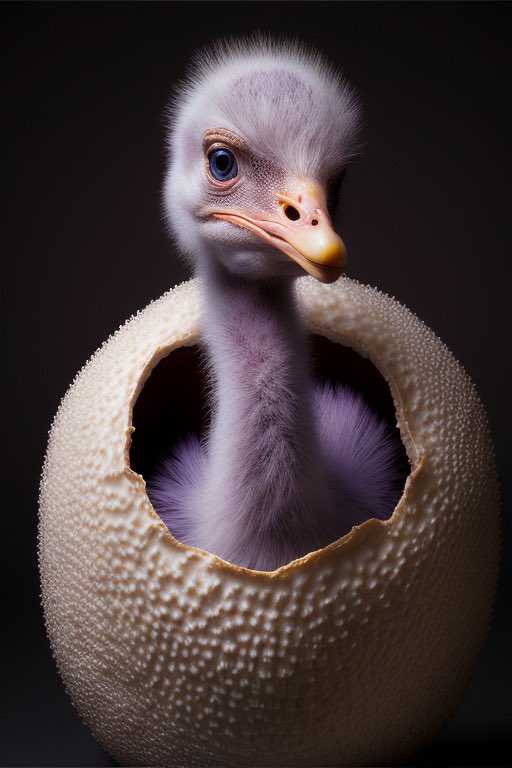 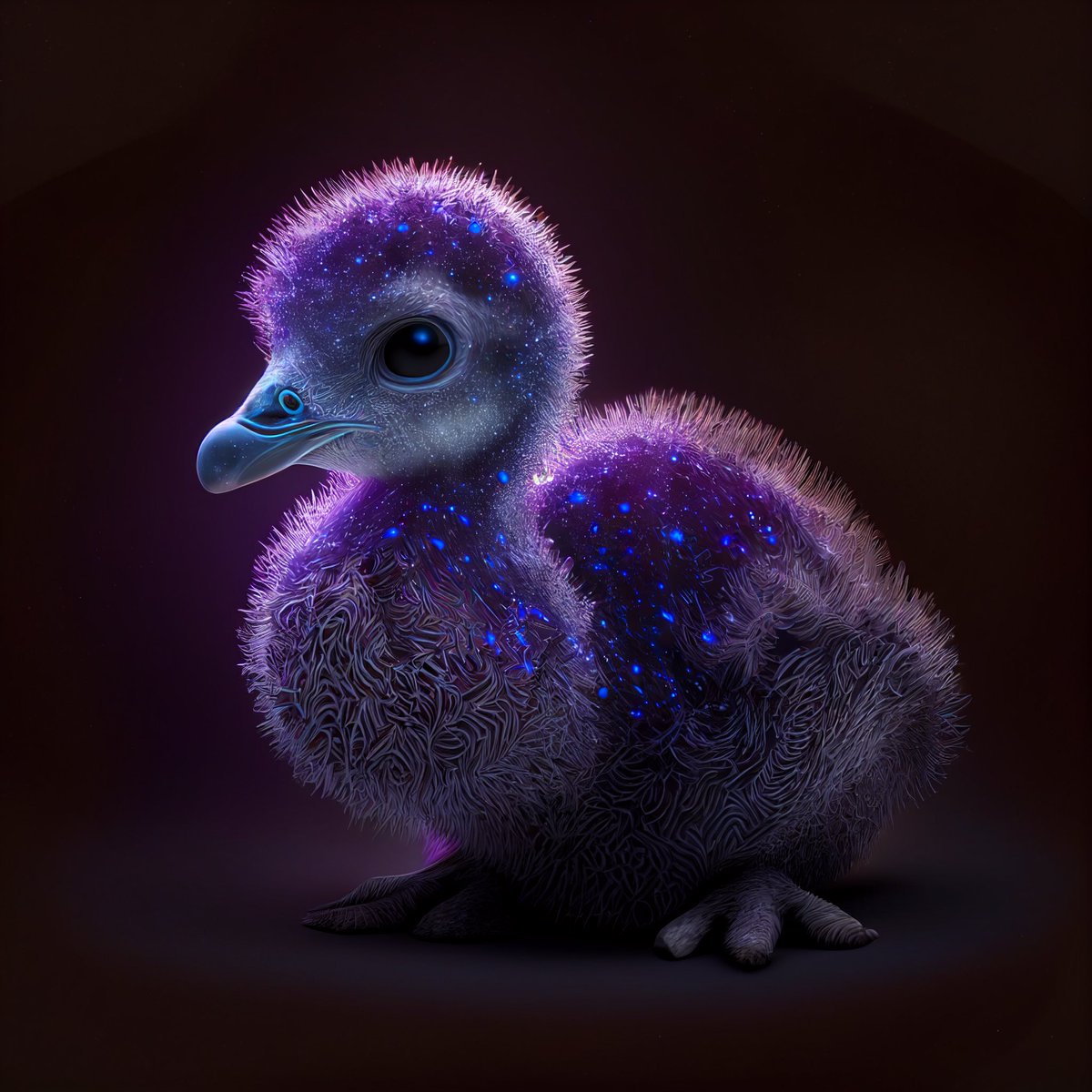 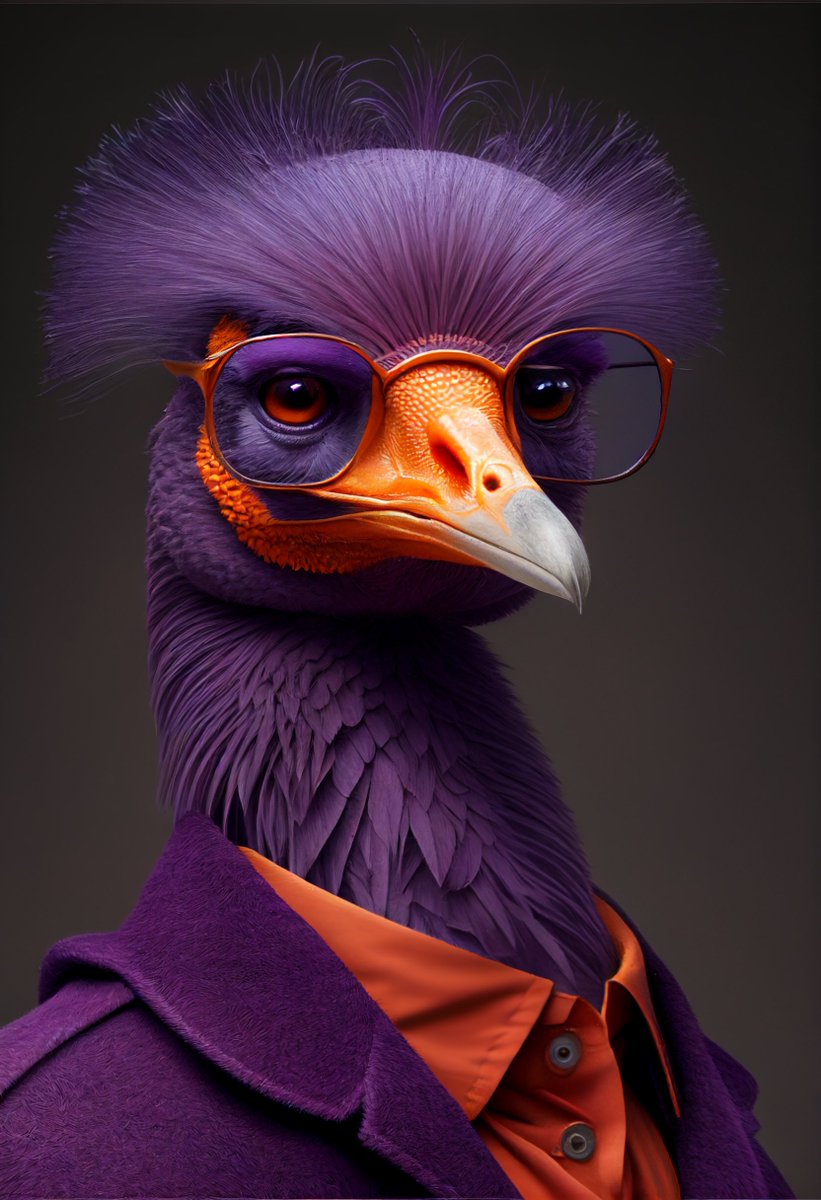 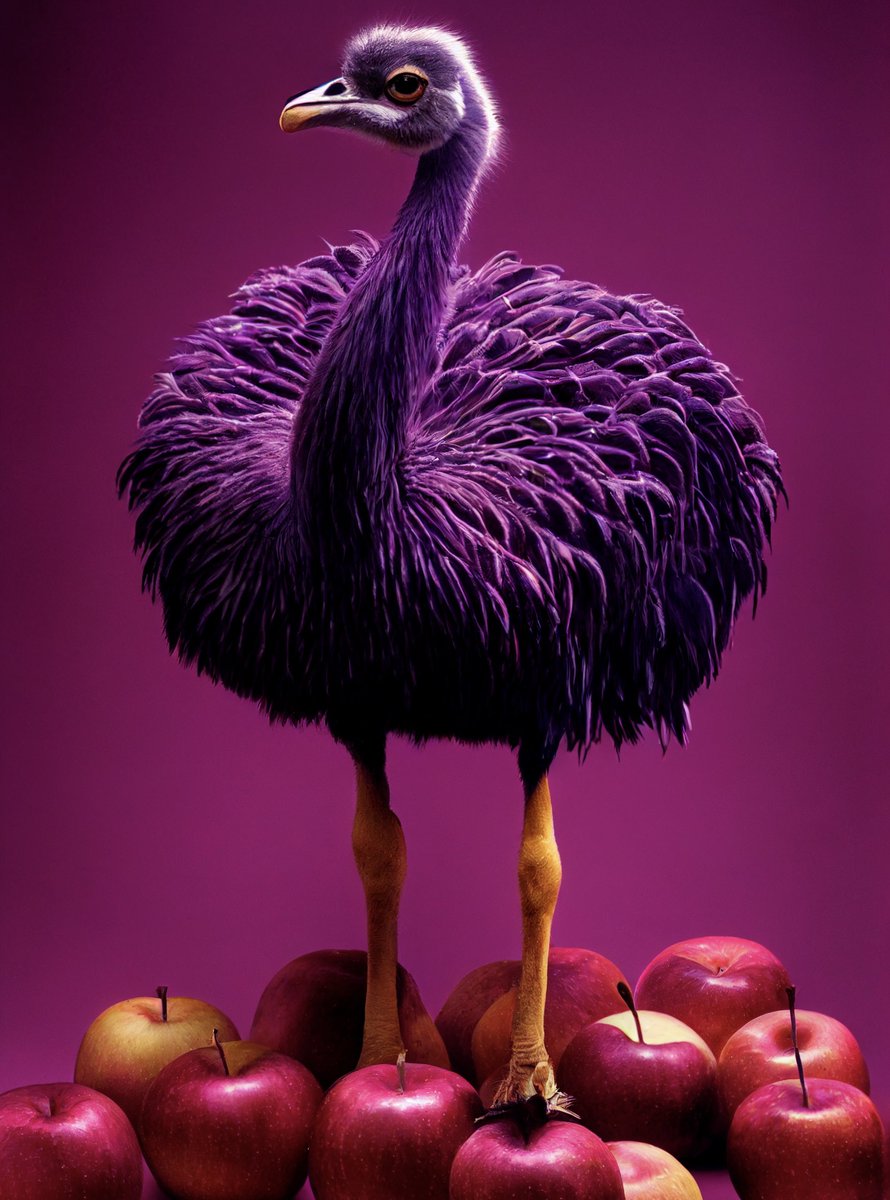 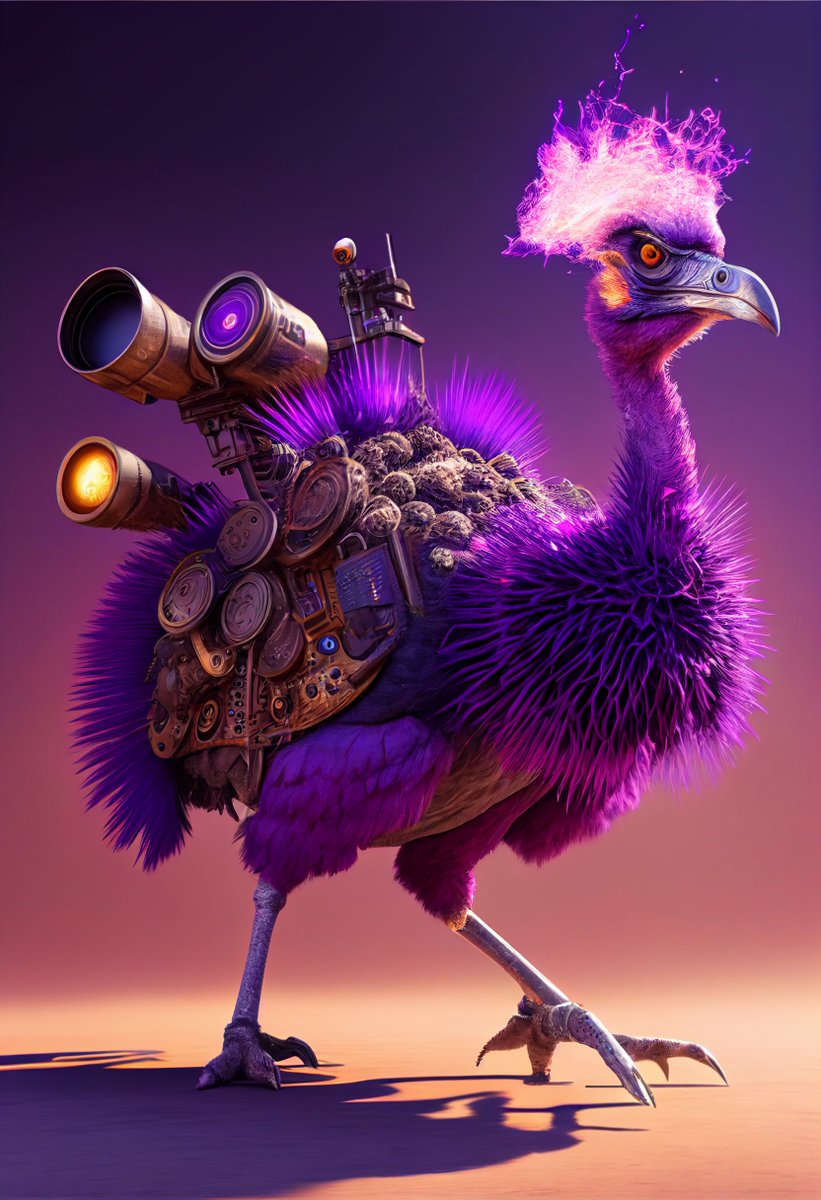 so strange of a time we live in.

either embrace the unknown or go full mudcat